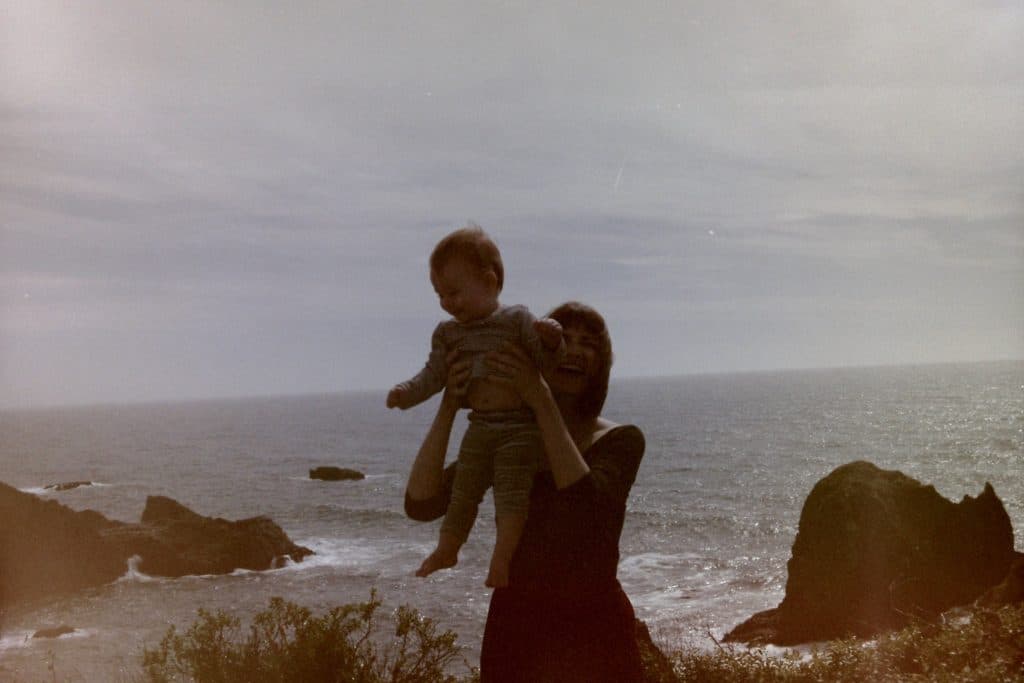 Hi, I’m Sydney, a Justice, Equity, Diversity & Inclusion Brand Strategist at AndHumanity. Beyond that, I’m a queer, neurodivergent person living, learning, adventuring and raising a small human on Treaty 6 Territory. Today I want to tell you a story about my personal self-discovery and authenticity, often made uncomfortable by the world around me. A story that I hope makes you pause and think about the confines of binary gender, and how these confines rule the marketing world. A story about where my lived experience and professional expertise meet to become my passion.

I have this picturesque memory from 2010. I was in grade 12, and something was shifting. It was a vague discomfort that was nothing new… a feeling that had come and gone my whole life. But, where I usually tucked it away and continued on, I could no longer avoid it. It felt urgent. Actionable.

These days, I know that I’m non-binary. I experience my gender as fluid and, often, almost non-existent. It was a journey to get here. I felt different my whole life. I embraced the concepts and language to understand my gender in 2014. I didn’t tell a single person until 2016. I didn’t come out publicly until this past year. Now, in my late 20s, I’m realizing how much I’ve compromised myself for other people’s comfort. As I move away from that compromise, I’m very conscious of how I show up in the world.

Sometimes I have to ask people to learn new language (they/them pronouns). Sometimes I have to ask people to redefine how they see me – to reconsider the classifications they’ve used to define me, often over many years. Sometimes I have to ask them to revisit their definition of gender altogether. Sometimes my very existence goes against someone’s values and I get a late night message telling me that my anatomy defines my gender (wrong) or that being non-binary is not okay (also wrong) or that I’m just looking for attention (wrong, wrong, wrong). In a world that loves to categorize things by men’s and women’s, I have two options. I can either be invisible, as I was for so long, or I can be highly visible – authentic but at odds with the world. Both are uncomfortable.

Before I discuss my own visibility, I want to acknowledge that choosing visibility is a privilege. As a white settler, I have less reason to worry for my personal and institutional safety than many folks who don’t hold white and settler privilege (alongside many other privileges I enjoy). Disclosure is a personal decision, based on many factors and intersections, and my choice to be visible is built on a sense of security that I will be supported and safe enough in my choice. Visibility is not always possible. Visibility is not always safe.

While I’m privileged enough to feel safe and secure, being visible is still hard, exhausting and uncomfortable… but it’s better than pretending my way through life. The other day, my kid and I had a cute conversation.

She said, “Okay, but I’m just going to pretend you’re a girl.”

I laughed. “Okay, but I don’t really like pretending to be a girl. I pretended to be a girl for a loooooooot of my life and that was pretty hard for me. Lots of people still insist I am a girl and that hurts my feelings. Do you think you would like to pretend to be something you weren’t all the time?”

I replied, “Yes, I like they!” We smiled at each other and kept playing.

I can pretend to be a woman. I did it for a long time. But I don’t want to and I shouldn’t have to. I’ve finally come to a place where I’m comfortable being who I am. I’m patient with people who want to learn. I’m patient with language and pronouns. I know it’s hard not to assume, fall into habits or use language that’s familiar. And I know that who I am is valid and okay. I can be kind and understanding with those who are still learning while maintaining the expectation that they will see and respect me.

So… what does that have to do with inclusive marketing?

Since I’ve come out, I’ve experienced one sentiment over and over (and over) that’s particularly troubling. There is nothing wrong with being a woman. Women can be strong. Women can look however they want. Women can do anything.

Yes, that’s true! And it’s wonderful! But there’s always a lingering unspoken undertone to this statement: Sydney, why are you choosing not to be a woman? You can be you, and be a woman. I think women are incredible. I believe women can and should embody and access whatever aspects of traditional “masculinity” suit them. I’m still not a woman. Woman is not an umbrella under which to classify every experience that isn’t that of cisgender men. Trying to make it one is erasure.

I tell you this because it’s a good metaphor for how brands and organizations are handling gender inequality. The marketing industry tries to break down gender stereotypes by expanding the definitions of binary genders. By trying to show that what we’ve historically marketed as “being a woman” isn’t actually what being a woman is. By marketing what’s traditionally been offered to men to women. We’re breaking down stereotypes of what women should be, and that is good. But we’re often doing so by making the assumption that there are only (cisgender, heterosexual) men and women in that process. And occasionally throwing in a (usually white, abled and whatever else is most palatable to the dominant culture) non-binary or trans person with no meaningful context for the sake of performing inclusion.

I don’t want to be swallowed by a broader, more progressive definition of woman. I don’t want to become an empty symbol for how tolerant your brand is. I don’t want the diversity of the 2SLGBTQIA+ community rainbow washed into a privileged, homogenous, stereotypical monolith. I want my identity as a non-binary person to be its own. I want every other 2SLGBTQIA+ person’s identity to be their own. And I want to see these stories told and identities represented in authentic, nuanced ways.

A Lesson in Erasure

The first and most common experience I have with gendered brand messaging is that I, and people like me, cease to exist.

When I heard there was a technology that removes gender bias in language, I was ecstatic! What an incredible concept that forwards the inclusion of gender-diverse folks globally. When I realized that, despite the product being fully gender inclusive, it was being marketed based on binary norms, I was deeply disappointed.

How good is an ad about ending gender bias that erases gender diverse children? What opportunities does this ad miss by implying there are only (cisgender) sons and daughters? That only girls face gender inequity? Why is there so often a call to create equity for both genders, and so infrequently a call to create equity for all genders (and their many intersections)?

Gender equality for cisgender women is important. I’m not suggesting less focus on women in advertising. I’m suggesting less erasure of gender diverse people in that process. Take, for example, this Levi’s ad which uplifts women without erasure. The ad actually challenges the gender binary, and all of its restrictions and categorizations and assumptions. The ad sees and speaks to the challenges of patriarchal gender confines. This ad isn’t about me, but it sees me and doesn’t erase me.

A Lesson in Inclusion

While still relatively rare, I see more brands trying to include gender diversity. This is exciting progress! As this happens, we need to be having conversations about how this representation happens, and for who.

The first time I saw this Sephora ad, I cried. It does better than so many others. 2SLGBTQIA+ folks were in front of and behind the camera. There is diverse representation. It features 2SLGBTQIA+ icons whose stories and significance are known to many 2SLGBTQIA+ people. People and relationships who, for too long, have been entirely left out are showcased powerfully. This wasn’t just some brand making their logo into a rainbow and calling it a day.

But sometimes, when you’ve had nothing for so long, you’re afraid to ask for more. This ad is diverse. To this day, I watch it fondly. But I also watch it critically. It falls under minimization on the brand inclusion curve, showing diversity with a focus on unity, togetherness and sameness. At this point, minimization is almost a diversity ad formula…well-edited snippets of inspiring diversity for a we’re all in this together feel, set to inspiring music.

Minimization can be a way of making diversity palatable for those with more privilege. It also can be a useful tool to build acceptance in the dominant group, and it can be done in ways that make diverse people feel seen. But, to be honest, I’m tired of ads guiding people to think about how we’re all the same. As society takes more steps toward equity and inclusion, it’s become increasingly common knowledge that acknowledging and celebrating difference – rather than ignoring it – is the answer. So why isn’t the marketing world keeping up? A well-directed montage featuring diverse people to inspirational music is a missed opportunity to tell even one of those people’s important stories.

If these concepts were new to you, you might be wanting to act. That’s always my first inclination when I realize I’ve accidentally excluded someone, anyway. But I don’t have any tell-all tips to market to 2SLGBTQIA+ folks at large. It’s nuanced, context-dependent and personal. Rather than jumping to how you can implement this into your next campaign, I want to leave you with a few general asks. 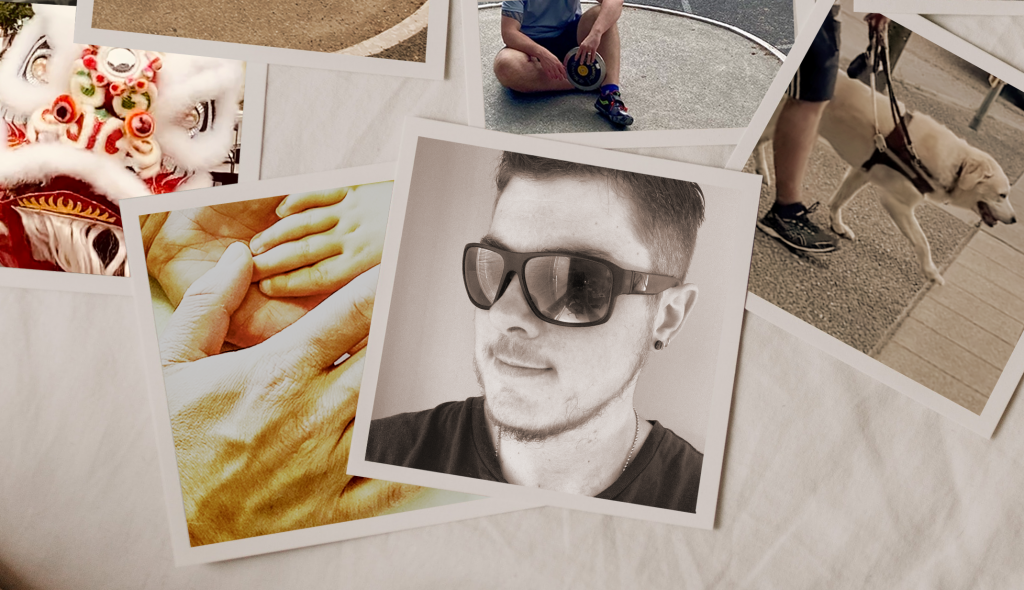 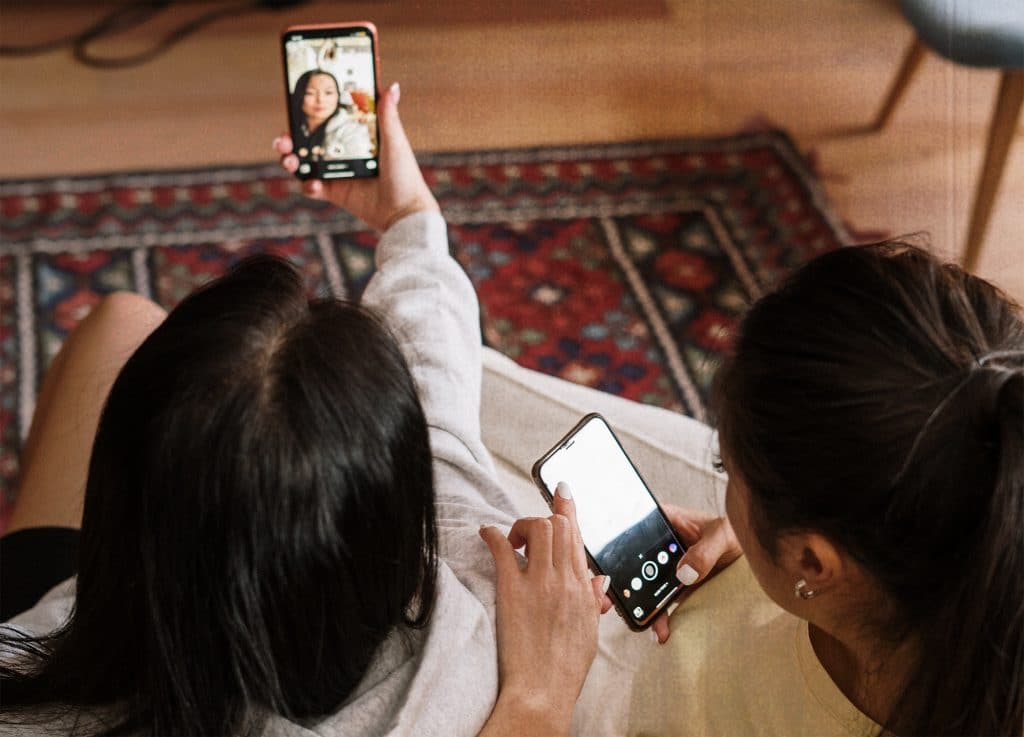 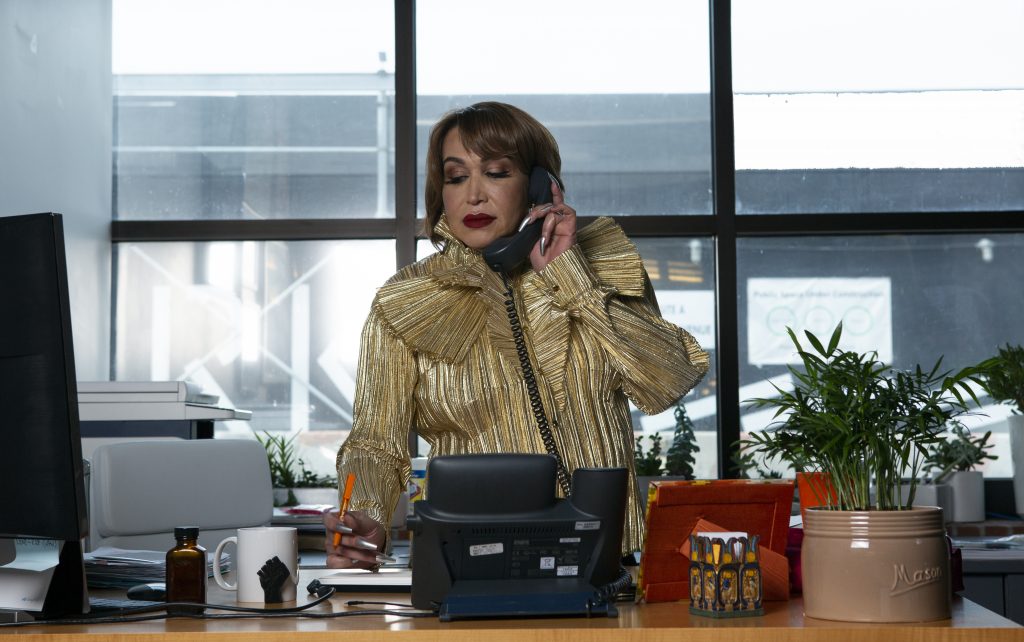 Microaggressions Toward BIPOC in Marketing & Advertising

How to Authentically Communicate Land Acknowledgements

5 Important Things to Consider When Starting Your Inclusive Marketing Journey 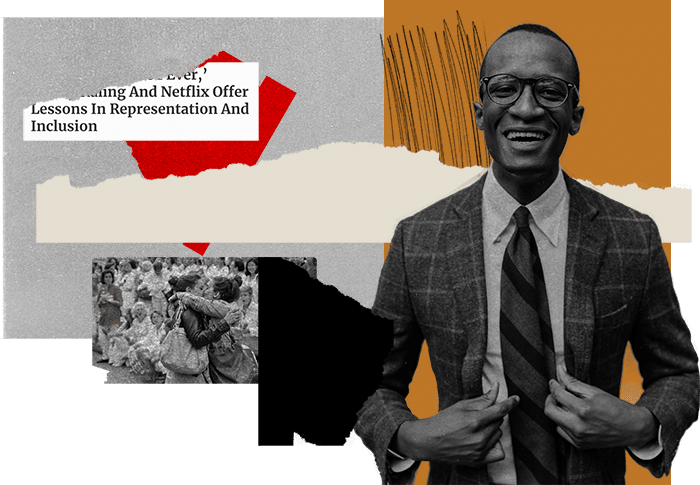